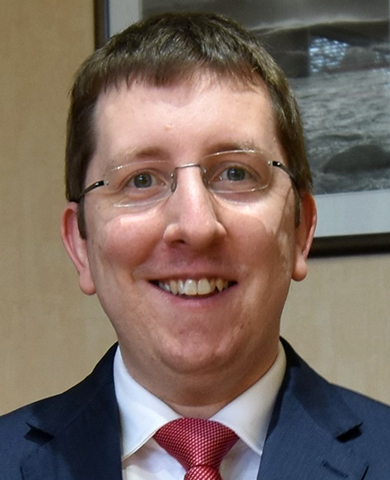 Tom, who is from Dumfries & Galloway, graduated from the University of Dundee in 2012 and completed his Diploma in Professional Legal Practice in 2013. Thereafter, he completed his legal traineeship with one of Scotland’s top ten Law Firms.

Tom joined Ross & Connel in October 2019 and works within the Private Client team. He deals with the preparation of Wills and Powers of Attorney along with the management of Estates and discussing Inheritance Tax with clients. He has a particular interest in Legal Rights.

Tom was a former member of the Trusts and Succession Law Sub-Committee of the Law Society of Scotland. He is also currently in the process of becoming a full member of Solicitors for the Elderly and is an Affiliate Member of STEP.

Tom is also a Notary Public and has been a Mentor for the Law Society of Scotland and Judge for the Donald Dewar Debating Tournament for over eight years.

In his spare time, Tom enjoys exploring the local countryside, spending time with family and learning to play golf.